Art is a beautiful gift.

What is more beautiful than to clothe one's feelings in sound.

What a pleasure to provide an hour of happiness to others.

And what a sublime feeling to pursue art so that one gives one's life for it.

Clara Wieck Schumann (1819-1896) has been revered by musicians and called the “Superwoman” of the 19th century. An outstanding concert pianist, whose active performing career spanned 60 years, she was also a composer of remarkable promise. Married at 21 to composer Robert Schumann, Clara continued to perform while managing career, household, husband and eight children. Widowed at 37, she was a lifelong exponent of her husband's compositions, as well as those of her close friend, Johannes Brahms.

In her unique long-lived role in music history, Clara Schumann was always her own person, perceiving herself as an artist, who was also a woman. She was eternally grateful for the art that was to sustain her through a lifetime of tragedy and triumph.

For more information about Clara, read “Clara Schumann: The Artist and the Woman” by Nancy Reich.

A popular genre of questionable standing, Clara ennobled the Romance, raising it to become a serious lyrical piano piece.

"In spite of the labor, I saw what I had never thought to see, a fugue of my own.” One week following the composition of these works, Clara's third child was born.

10. Variations on a Theme by Robert Schumann, Op. 20  (14:04) These variations on Robert's Bunte Blatter, op. 99 were composed for his 43rd birthday. Brahms also composed variations on this theme.

Recorded 1995 by Tom Jiroudek, at the Columbia River Maritime Museum, and Clatstop Community College Performing Arts Center, both in Astoria, OR. Originally released on cassette tape in 1995. 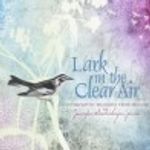 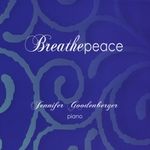